The Cathedral Temple The Assumption is considered a symbol of the city of Varna – the sea capitol of Bulgaria. It erupts in the very centre of the city opposite of the theatre alley.

The temple was built in 1866 and its architecture resembles that of the temples in Saint Petersburg.

In its make were used mainly materials from the Varna area. Well-preserved, hand-carved stones from destroyed city fortress wall were used. Architect of the Cathedral was Yanko Kostadi, and builder – Gencho Kunchev from Tryavna. 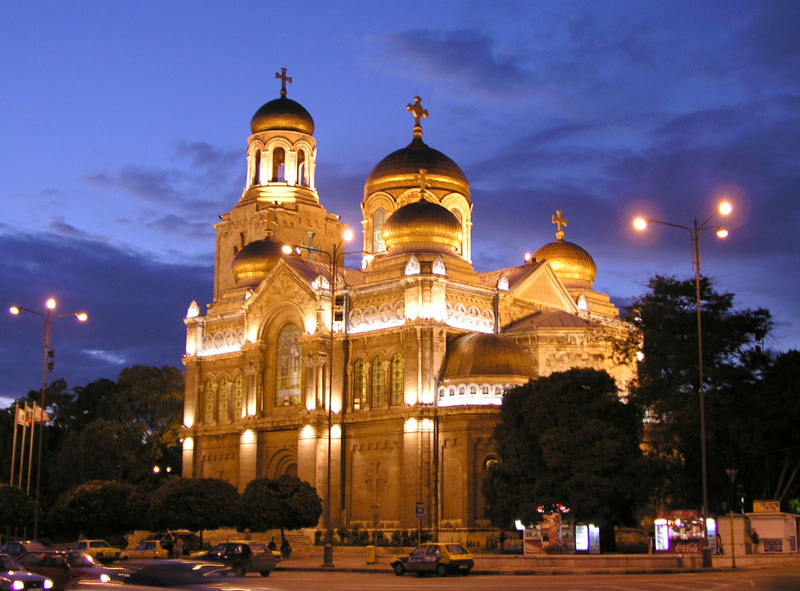