The social baths of Odessos are among the best preserved architectural monuments from the Roman Epoch in Bulgaria (I-IV century). They are from the so called “small imperial type” and their make is related to the end of the II century. This is the biggest Roman Bath on the Balkan Peninsula – occupies over 7000 sq.m. It is fourth in size in Europe – after the baths in Caracalla and Diocletian in Rome and in Trevira (Thrir, Germany).

It was used upto the end of the III century.

The visitors entered through the East and the West vestibules. They undressed in 2 dressing rooms – the biggest rooms after the auditoriums for meetings, sport, etc. The dressing rooms were a kind of clubs in which the visitors spent part of their spare time before or after the bathing.

Along with other social buildings, the baths were an important part of everyday life in Odessos. From the 60s the Roman Baths are an architectural and cultural monument of national importance. 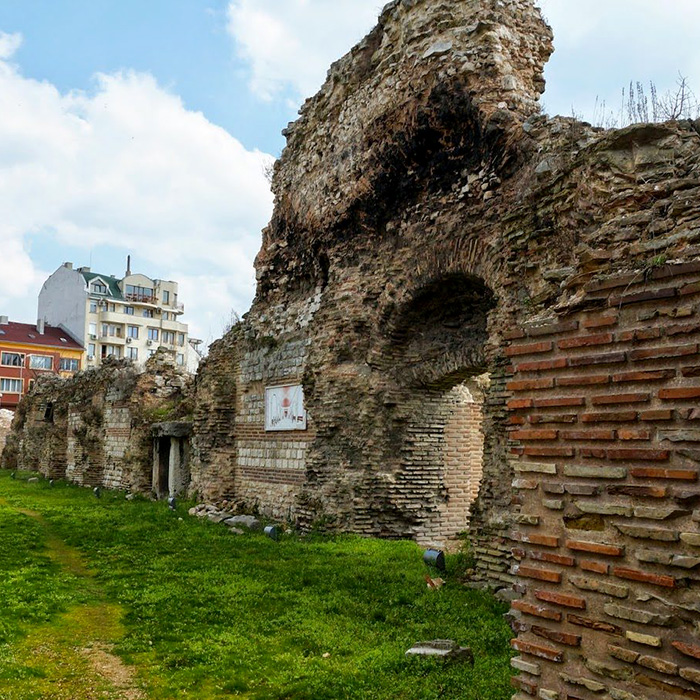 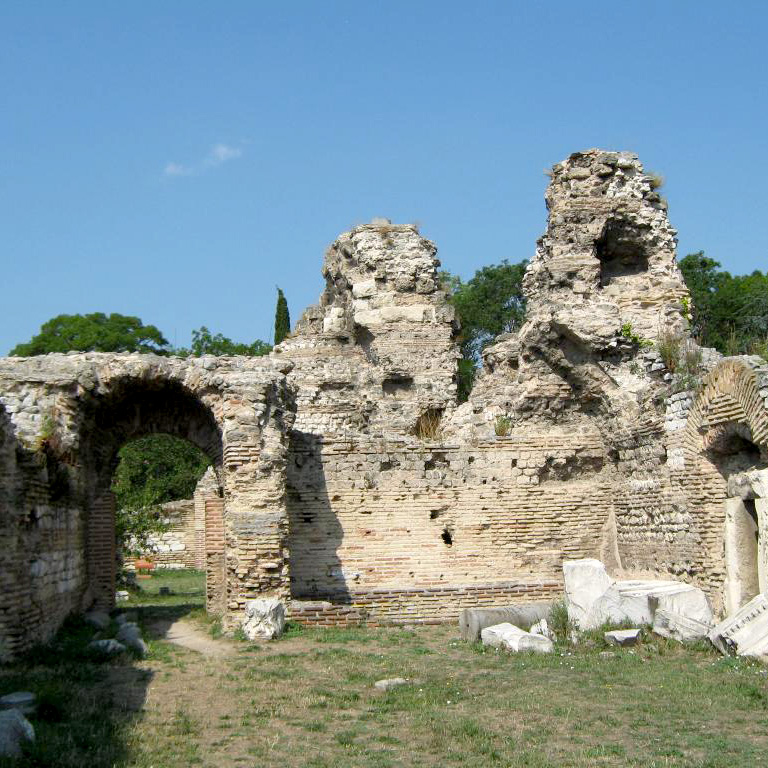 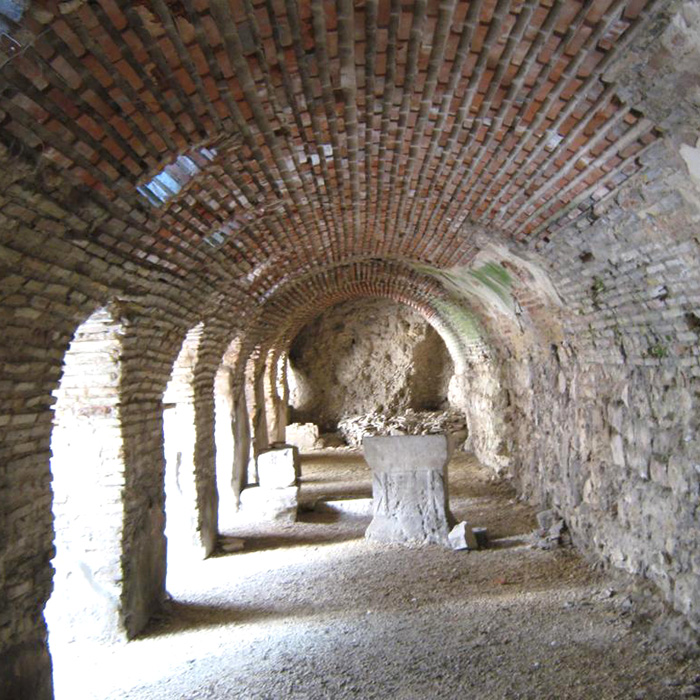 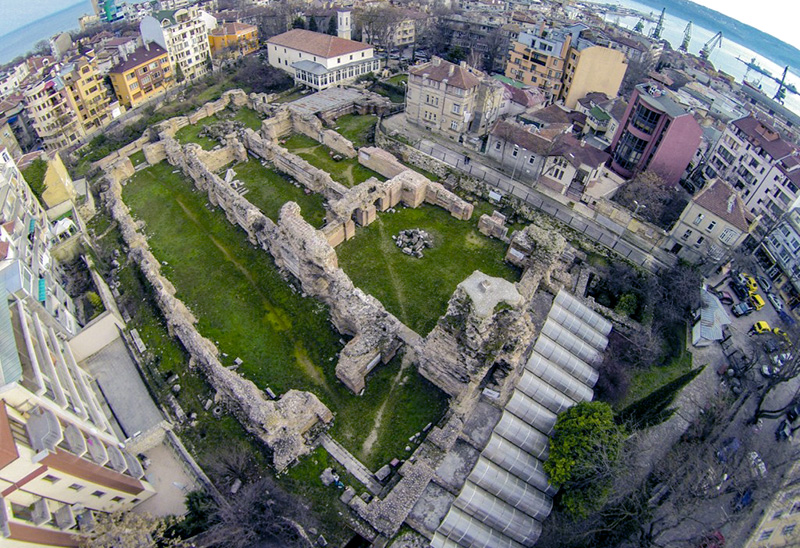